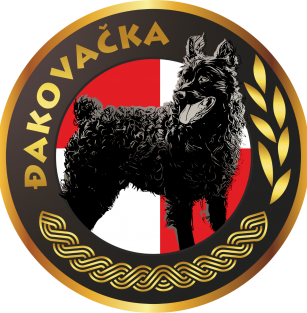 Fci 105/16 Đakovacka kennel is located in eastern Croatia in the heart of Slavonia in a town named Đakovo after which it was named. Hello I am Ante Žeravica owner of a kennel of Croatian sheep Shepherds I met very early the Croatian shepherd breed. I grew up with the father who was a hunter and who was also passionate cynologist, so we used to have about 20 dogs in our yard, and we used to have a few Croatian Shepherds with them, because my father appreciated that breed because of its characteristics, mostly a guard dog. I decided to breed the breed in 2014 and I bought quality individuals. and started breeding .. With the help of old cynologists I went to dog shows and my dogs very quickly began to achieve remarkable results. MY the best dog is Airon . Airon is the world champion 2017 European champion 2018 and 2019 with him notable results have his son Flash of the blades and bitch(female dog) Gara Đakovačka who are young champions of Europe in 2019 Along with me, my family wife Katarina and sons Antonio, Marko and Marin joined the breeding who took over the daily care of dogs. All our dogs were introduced to work with livestock and in the future we plan to open a Herding Center. we will try to promote the breed in work disciplines as well. The kennel owns 6 dogs and since the whole family lives for the breed it is possible that in the future we will increase that number.